The homeowners were looking to have an awning installed on the front of their garage. The garage space had already been transformed into a "man cave, with a touch of women’s glam" says the homeowner. They were looking for something to give more shade when they have the garage door open or were sitting outside.

Anthony, a Marshall Exteriors estimator, went to the home and talked with the homeowners about the awning. The homeowners chose to have a Betterliving Retractable Awning in a beautiful red and tan stripe pattern installed. A custom 10-foot-wide awning that had a 6-foot 7-inch projection was built just for this project and the production team had it installed and running in less than a day!

Before & After Photos: A New Betterliving Awning in Palmyra, NY
Back to Previous Page
Back to Case Studies

We serve the following areas 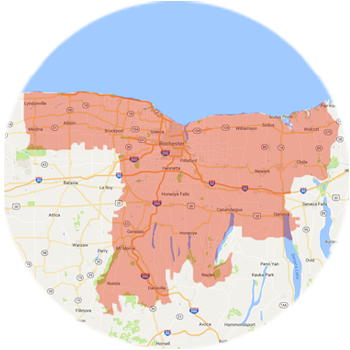