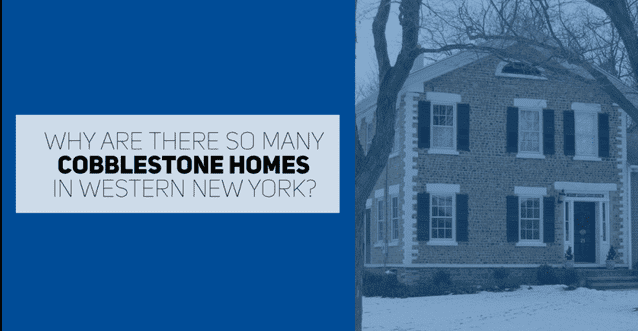 We recently completed an exterior restoration of a gorgeous cobblestone farmhouse in Wayne County, and it piqued our interest into the history of cobblestone architecture, and their abundance throughout our region- What we learned was fascinating. 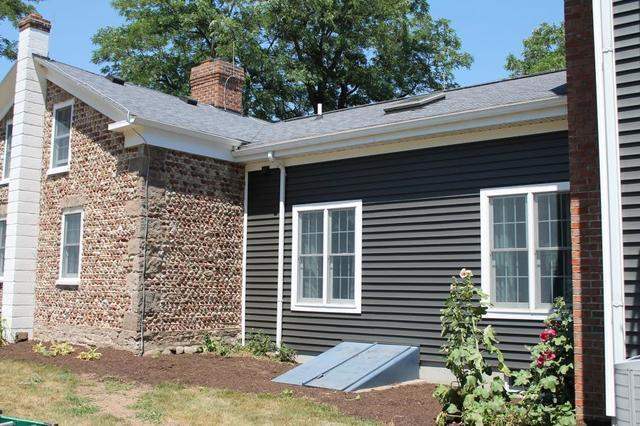 Evidence of cobblestone architecture was found in the ancient Egyptian ruins of  Hierakonpolis. In the middle ages, colorful homes made of mortar and flint stone began popping across Northern Europe, especially England.

Today, more than 90% of surviving cobblestone structures are found, interestingly, in Upstate New York, with the majority of them within a 75-mile radius of Rochester.

How did Upstate New York become the center-point of cobblestone architecture? Historians point to the Erie Canal. During the Antebellum period of the 18th Century, Mason's who helped construct the Erie Canal began building cobblestone homes following the Canal's completion. Nearly all of New York State's cobblestone homes were constructed before the civil war, between 1835 and 1860. Today, approximately 900 cobblestone structures from the Antebellum period remain throughout the state.

Stones deposited from the last ice age were pulled from farming fields and the shores of Lake Ontario. These stones had a uniform roundness that made them preferable for building cobblestone homes. 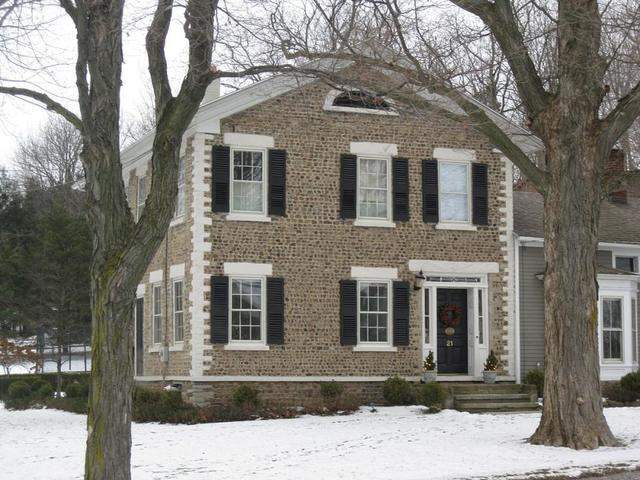 Cobblestone Homes durability is puzzling to modern architects. If they were not built as skillfully as they were, they would not be standing today, as no one deeply understands how the Mason's of this time constructed these cobblestones homes- namely, the kind of limestone mortar used in their construction remains a mystery and differs from home to home. Constructing even a replica of these original cobblestone homes today would be too time-consuming, costly, and challenging to take on which is largely why they stopped being built following the civil war. As Mason's with this newly-learned skill of building cobblestone homes migrated elsewhere, the homes followed. The method of building cobblestone homes that were popularized in Upstate New York can be found in Ohio, Illinois, Wisconsin, and Michigan. Today, cobblestone homeowners throughout the area are joining numerous organizations and groups to raise awareness of how rare these structures are. This unique style of architecture has roots in ancient times but was perfected right here in Upstate New York.